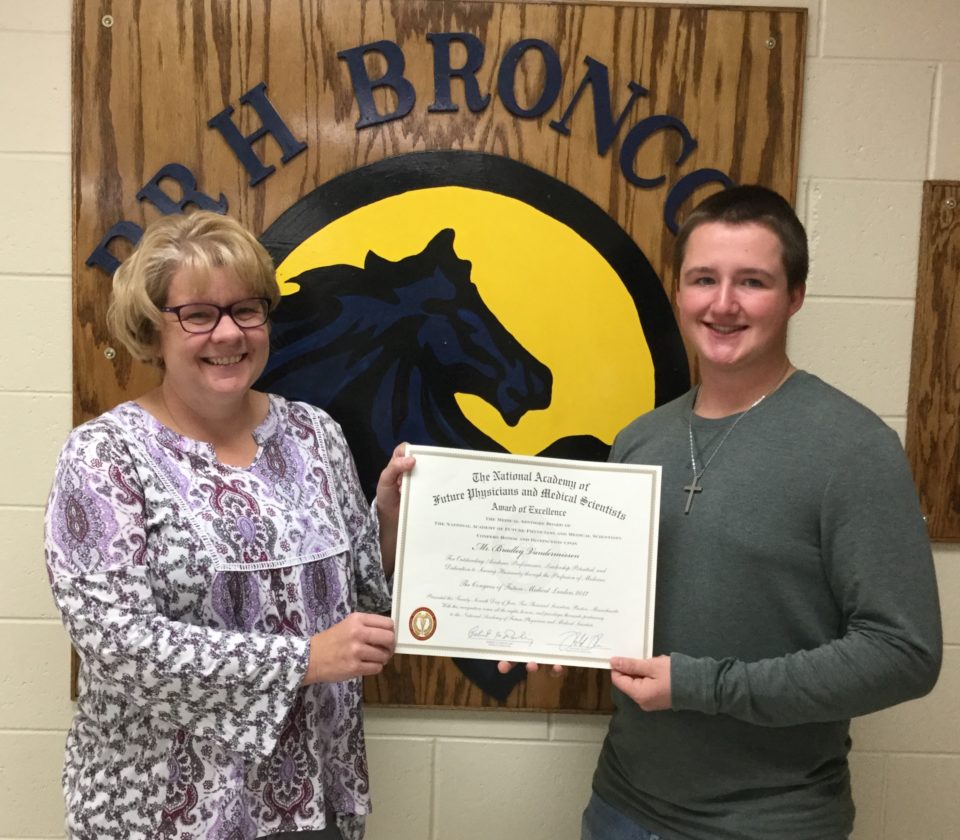 BARK RIVER –Bradley Vandermissen, son of Greg and Laurie Vandermissen, had the opportunity to represent the Bark River-Harris High School and the State of Michigan at the Congress of Future Medical Leaders in Boston, Mass. this past summer.

While Bradley was there he earned the Award of Excellence, certifying his successful completion of the Congress.

Bradley was personally taught by some of the greatest living minds in medicine. These people were winners of some of the world’s most prestigious international prizes, such as the Nobel Prize, National Medal of Science, Presidential National Medal of Science, along with prominent medical school academic leaders from Harvard and Georgetown Universities. He was able to watch live surgery and had a chance to question the surgeon in real time. Bradley’s experience has led him to pursue a degree in neurology.